2021 Week One NFL Picks and Bets on Sporttrade

I must confess something.

But, did you notice something? There were TWO hailmary’s that determined outcomes in the final week of the NFL preseason.

Like the Houston Texans, I have the same record today for the 2021-2022 NFL season as everyone else. We’re 0-0 and brimming with confidence (very much unlike the Texans) that better days have arrived. Fade if you must- but beware.

If you read my NFL preseason future markets blog, you know I’ve been backing the Jags to hit their Over 6.5 wins and also took a flier on them to win the AFC South ($14). Ok, their defense will be as bad as the new Suicide Squad movie (terrible) and these two games against Houston may be the only two games they’ll be favored to win this season. Granted. But, I think the division will be bad with both the Tennessee Titans and Indianapolis Colts as major regression candidates. That favors the Jags.

I find the Jacksonville offense incredibly intriguing. Trevor Lawrence had an up and down preseason capped off by a great performance against the Cowboys backup defense, but Offensive Coordinator Darrel Bevell has also brought in some of the spread concepts from Lawrence’s past at Clemson. He’s looked confident and has already displayed impressive pre-snap acumen. Mix it with 3 legit wide receivers and a bulldog at running back in James Robinson and they’re going to be better offensively than people think, even without Travis Etienne.

Conversely, Tyrod Taylor leads a Texans offense that smells like a salmon someone microwaved in your shared cubicle. He hasn’t started more than 3 games in a season since 2017 when he somehow led the Buffalo Bills to an 8-6 record scoring less than 19 points per game. They have no wide receivers. The offensive line is a mess. They have 3 running backs who would have formed the league's most feared committee during the first Obama administration. And their best players are/have pleaded to get out of town. Pretty functional franchise if ya ask me.

Placing a bet on the Jaguars is a scary proposition, but both of these things can be (and are) true: Jacksonville is 3-1 in their last 4 opening games. Jacksonville has also lost 15 straight.

Throw out last year’s O/U and ATS. There’s a new sheriff in town. Jacksonville at least covers -2.5. If they don’t, blame Tim Tebow.

Washington Football Team to Beat the Los Angeles Chargers: $48.50 per contract on Sporttrade, +105

This one feels like a true toss up. I’m high on both teams to hit their overs this year, picked WFT to win the NFC East and have grabbed the Justin Herbert/Keenan Allen Express in every fantasy league I’m in.

Needless to say, my baskets are overflowing with these two eggs.

Tired thinking would say ‘Welp, West Coast team traveling east. The body clock is going to be messed up. Gotta go with Washington’. But let’s examine that further.

Here are the games in which a West Coast team opened the season in the Eastern Time Zone since 2013:

Wired thinking: Travel on opening weekend is not a factor.

What could be a factor? A rookie head coach making his first appearance in a real game with a slew of first teamers who played exactly zero snaps this preseason, including Herbert, Derwin James, Allen and Austin Ekeler. We’re in uncharted territory with how coaches handle a 3-game preseason and how it will affect players once the game balls start flying. It’s really anyone's guess.

But, to get your first live game reps against the 4th ranked defense from 2020 plus Chase Young against a rookie left tackle? Doesn’t exactly scream Club Dub.

I’m staying away from the O/U on this one. LA overs were 9-7 last year. WFT was 6-11. I expect WFT to be much better this year with a QB unafraid to let it fly, but that’s a bet for another day.

New Quarterback. Lavish, new-ish stadium with fans. Super Bowl or Bust. Sunday Night Football. Add it up, throw it into a Sporttrade Stew and here’s what you get:

The Rams are going to crush Chicago.

Last season the Bears rushed for only 12 touchdowns (T-4th worst), 4.2 YPC (T-7th worst) and were middle of the league in sacks allowed (36). Their second round pick Teven Jenkins has to undergo back surgery so they grabbed the world's largest spatula and pried 87 year old Jason Peters off his huge couch to actually start for them at left tackle. The Bodyguard has aged into the ShoddyGuard. If he starts 8 games, I’ll be shocked.

Does any of this give you confidence betting against Aaron Donald and Co.? Expect Sean McVay to come out firing to showcase his new offense.

I think that the Rams -7.5 points will end up winning, but on Sporttrade, I can actually start out with a different position than what I want in the end. Let’s hone in on CHI +7.5 and see how you could play this Sunday night game on Sporttrade.

Maybe you’re convinced Chicago will come out of the game strong because you’ve kept reading how the Bears are going to get creative with the way they use Justin Fields and you think you’ve found an angle because LA’s defense doesn’t really know what to expect. What you could do is start out by buying CHI +7.5 for around $51 on Sporttrade. If you were to bet CHI +7.5 at -110 at a traditional sportsbook, you’re kind of stuck with it. You can try and “middle” it at some point during the game, but that’s all pretty manual, and even if the Bears get out to a lead and you try and middle the game you only actually make money some of the time.

On Sporttrade, just like in financial markets, you’re able to make predictions about the game flow by making what's called a “directional trade”. A directional trade is a trade where you’re betting on the price movement of a security in the shorter time frame. You may have never heard of the term, but you’ve probably done it before. Did you buy GME or AMC earlier this year? How about Dogecoin pre Elon’s performance on SNL? Those were directional trades. You were betting on the price to go up in the short term, without necessarily knowing (or caring) what would happen in the longer term, because your plan was to sell out after the price movement.

This is the power of Sporttrade. You have the ability to profit off of price movements without having to stick with a bet throughout the game or season.

So, you’ve got 1 contract of CHI +7.5 at $51, and then Chicago comes out and uses Justin Fields as an eligible left tackle because why not?  Somehow the Bears score easily, going up 7-0.

Nothing you’ve seen in the first part of the game convinces you that LAR won’t cover -7.5 and now you go back into the market and purchase LAR -7.5 at a steep discount from the start of the game, at $31/contract.

Now that you have $70 in your account, you buy a contract of LA to cover the points for $32.

Sports in a stock market! Who’da thunk it.

Minnesota Vikings -3.5 to beat the Cincinnati Bengals $50 per contract on Sporttrade (+100)

Another team that did absolutely nothing to improve along the offensive line despite the fact it’s first overall pick had his ACL and MCL shredded and sprinkled over the 50 yard line last season.

I had Cincy potentially striking gold with the over 6.5, but I’ve reversed course here. I don’t see it.

Here’s an interesting stat for you. Last season, Minnesota’s offense gained 6,292 yards in 16 games. That was good enough for the 4th most yards per game (396.3) in the NFL.

Not surprisingly, Minnesota Overs were 3rd best in the NFL last year at 11-5. I expect Minnesota to score, I don’t expect Cincy to score nearly as much. The total here is 48. Minnesota can absolutely put up 30 on their own. If he’s still standing in the 4th, Joe Burrow can lead a garbage time drive to nail this number.

I’m legitimately surprised this line is even money. I’m not only taking the spread, but also the over 48 Total Points at $51 on Sporttrade.

Remember earlier when we talked about West Coast teams traveling East during week 1? It doesn’t matter. Plus, Detroit is like, barely, in the East Coast time zone.

I’m hoping Dan Campbell’s Kneecap Biters ride his ridiculous caffeine high to jump out to an early lead at home so I can sell this bet if it creeps closer to $50 from its starting point of $25.

If San Francisco comes out hot early, I can stand to take a $5 loss and just bail.

Continuing Education Point: Betting and Trading on Sporttrade is not binary. You don’t have to ‘win’ a bet to turn a profit here.

Agree with these picks? Disagree? Let us know at @Sporttrade_App and @SporttradeKoob who your Week 1 picks are for the 2021-2022 NFL season and the bets you plan on placing.

Launching throughout 2022! Sign up today to be  the first to start trading your sports bets. 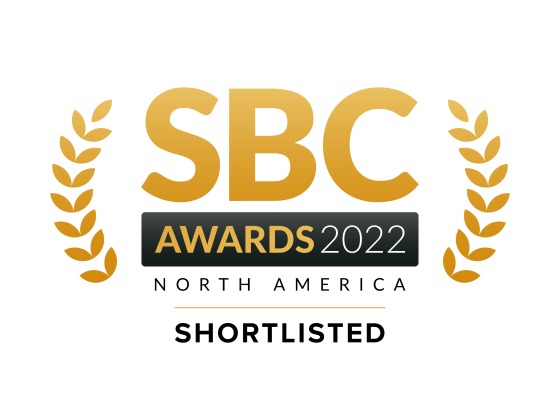 Rising Star of the Year Nomination